Spring has arrived, which means real estate season is upon us. When selling your home or property, attracting full price offers is always top priority, and a properly staged home can be your number one asset in drawing as many offers as possible. Here are staging tips to help you prepare your home for the market.

It's the first thing buyers see, and most likely serves as the first impression of your house. Utilize the entry by updating the front door color, change out the door hardware (or clean and polish the current hardware). Make potential buyers welcome with a nice mat and some potted plants or flowers.

The majority of us have too much stuff, and clutter is a huge killer for potential buyers. Be ruthless when it comes to clutter -- if you haven't used it in three months, box it up. If you haven't used it in a year, sell or donate it. Go one room at a time. It's ok to have empty space. If you can't part with something, get creative on how to store it. Rolling bins that fit under beds are perfect for hiding items and getting things out of the way. Too much furniture will also make a home look cluttered and smaller than it is. You want to create space – ask what you can live without. Every square foot is prime real estate.

Once you've moved out the clutter, turn to the remaining furniture. Furniture doesn't need to be pushed up against walls. Moving and floating pieces can help rooms look and feel bigger. Try moving pieces around, even from other rooms, but remember to keep the perimeters clear with clear pathways.

Let the Light In

Natural light does wonders for a home and makes rooms more inviting. Take down heavy drapery and replace with gauzy and airy fabrics. If you have views, play them up! Look into roman shades, which help with privacy but also let light in. Simple curtain panels made from airy fabrics like cotton twill or translucent linen will let the light in during the day and still help with privacy at night.

Do you have a designated junk room? Re-purpose rooms that have lost their identity. Most designers look at junk rooms and envision fantasy spaces: an exercise room, meditation space, art studio, etc.. Re-purpose a clutter/junk room into something that will add value to the house. Also consider loft spaces, stairwell nooks and other areas not utilized or gathering dust as possible areas for increased space.

Many homes are poorly lit, making rooms too dim or harsh on the eyes which can deter buyers when they walk into your house. Try to aim for a total of 100 watts for every 50 square feet. Don't be afraid of dimmers, and replace light-switch covers that are old, dingy or broken. Uplights also help add depth to a room, especially when positioned behind a plant or piece of furniture.

Color on the walls or as an accent can really make a room pop. Painting is an inexpensive and easy way to give your house a new look. Neutral colors don't mean beige or off-white; warm tans, honey and soft blue-greens all attract the eye and help to make a room feel warmer without going overboard. Accent walls can also add a burst of color. If painting is too daunting, add richly colored accessories, pillows and throws for subtle bursts of color.

De-cluttering is important, but so is playing up what you have in your house. Adding art to a drab wall can also add character to a room. Try breaking up the art by patterning and grouping pictures or images together. Add a small touch by accessorizing your room -- layer accessories in threes, with varied heights and widths. The eye naturally reads a room from left to right, so adding a large or striking object in the far right corner will draw the eye to it and make the room seem bigger. Another accessory not to be overlooked: plants. A vase of fresh flowers, branches, twigs or greenery will add depth and character to a room.

All information is deemed reliable but not guaranteed. 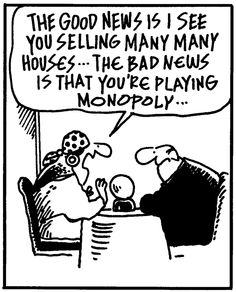 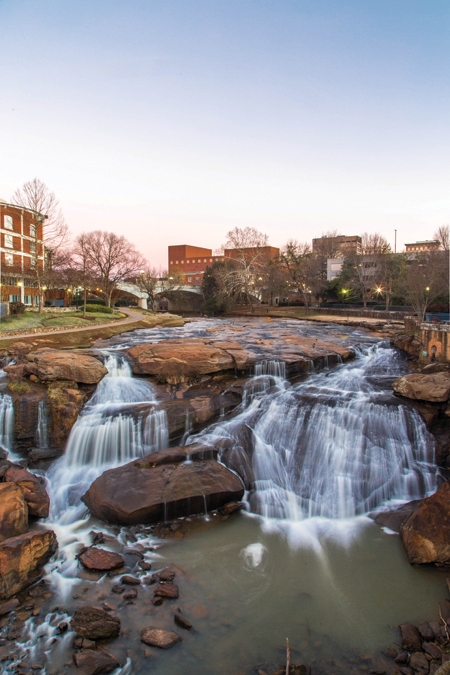 I WOULD LIVE here, Greenville. I would live by your waters and the rocks of the Reedy River, in an apartment in Falls Park, or one of those places with a balcony overhanging the baseball stadium with the miniature Green Monster in left field and the Shoeless Joe Jackson Museum across the street. I would live here, and I would walk the lengths of your Main Street, 15 blocks from West End to North Main, and eat barbecue or sushi or pizza until I was stuffed. I would try and find all your hidden mice sculptures, and I’d buy a cup of coffee at Spill the Beans, and I’d drink it under a parasol by the red maples and willow oaks that were planted in the late 1970s, rising from the concrete, the beginnings of your very revival. And then I’d shop for legalized moonshine.

I’d be just another guy on the brick walkways, in a downtown full of people taking a stroll, a place that was all but dead 40 years ago. Back then, Main Street was four lanes and there was no place to park, and metal and plastic facades hung above the empty storefronts. Four mega-malls on the outskirts of the city sucked the life out of you. But then they planted those trees. And shrunk Main Street to two lanes. And put a pedestrian bridge over the rocks and the river. Stores started coming back. Restaurants, too. And look at you now, Greenville, just this moment, with me standing here—all the tinsel still wrapped around your light posts in the wintertime.

When people think of South Carolina, they think of Charleston, or Myrtle Beach—not you. You feel like a secret. I would live here and ogle food through the fronts of all the trendy restaurants and then bar up at The Velo Fellow, with the waterfall sounds at the foot of Liberty Bridge in my ear. I would be with my wife, hopefully, having a Highland St. Terese’s Pale Ale. When I think of you, I think of her, because she is a product of the Upstate, raised in open country just 20 miles away. I think of her family, still there: her mom at the hospital as the inpatient manager of the pharmacy, her dad’s deep voice in a room with his Emmys and his Peabody, a newsman at WYFF-TV.

I see white lights strung in the trees year-round. I feel 60 degrees and shorts at Christmas. I taste fried green tomatoes at Soby’s, hear the trolley passing slowly, and I see myself six years ago standing in the lobby of the revamped Poinsett Hotel, and the fountain rising, rising, the night before I married Amanda Brown, the best day of my life.

I have lived many places, Greenville—in New York, in an apartment in the East Village where I could smell pizza baking from my window; in Los Angeles, the hazy light above the ocean in a place called Seal Beach; in Georgia, in a little blue house with two porch swings where my wife and I first made a home; and in downtown Indianapolis, in a 100-year-old Victorian, the snow knee-deep on the street a block from my favorite brewery, Sun King. But I would live here, Greenville, because no matter where I am, when I think of you I’m standing with her, and we are on the Liberty Bridge, above the water, above the glistening rock, listening to the falls, listening to the guys in the park playing guitar and steel drum. I would live here, because you seem like home to me. 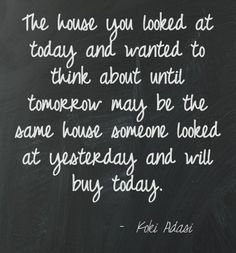 not every doctor is an MD

but Milton is the dirt doctor of Greenville

if you are looking for a real estate agent 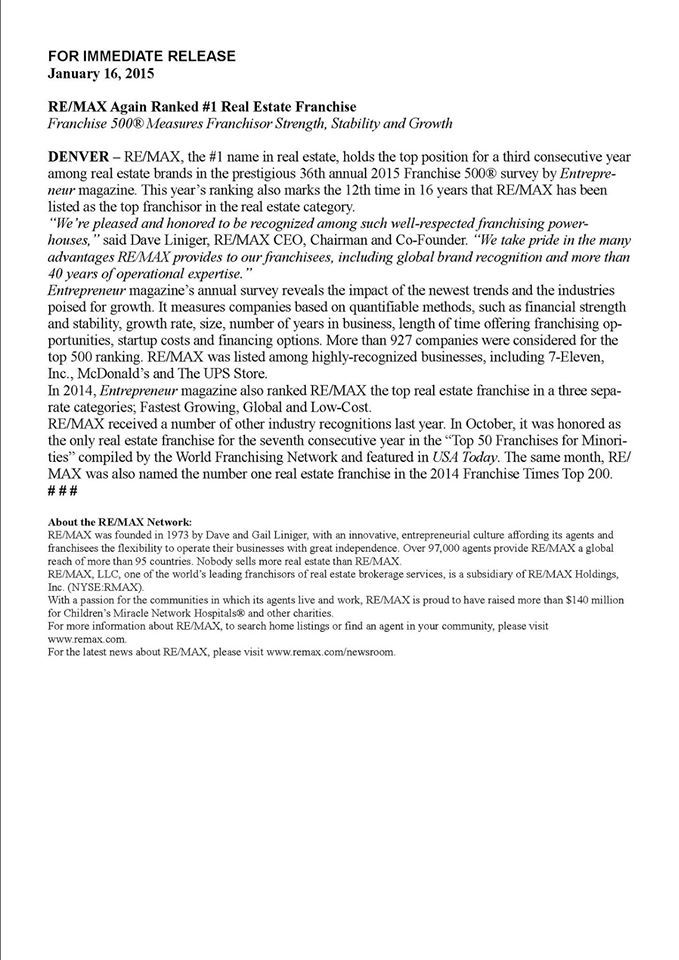 "It's a new year with new horizons to explore. Luckily, CBS News travel editor Peter Greenberg has his picks for the hot new vacation destinations of 2015, and there are certainly a few surprises." 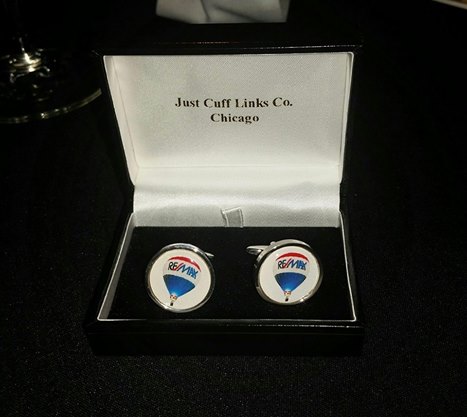 That ‘Special Function Room’ Is Back in Demand

Posted in Home Trends, by Melissa Tracey on October 6, 2014

The special function room – like outdoor living rooms and home offices — had mostly vanished from new-homes and home remodels during the housing downturn. But now they’re reappearing. Also back in demand, special home features – like features that add accessibility – are gaining traction, according to the latest American Institute of Architects Home Design Trends Survey, which reflects architect activity during the second quarter of 2014.

Which special rooms are trending?

The three special function rooms that architects identified as highest in demand: Outdoor living areas, mudrooms, and home offices, according to the AIA survey.

“Households are responding to the ongoing recovery in the housing market by adding more space and features to their homes,” Baker notes. “Special home features that were often eliminated during the housing downturn are now increasingly returning to home designs. Home automation features, as well as products that promote sustainability, are also showing up with increasing frequency in both new and remodeled homes.”

Many of the “special home features” in demand lately have centered on adding accessibility to a home, such as ramps and elevators, first-floor master bedrooms, and on-grade home entry, according to AIA’s report.

“With consumers generally more comfortable with emerging technologies, and the prices of many falling as production volumes increase, home automation applications should continue to grow in popularity,” notes Baker. “Additionally, systems that promote increased energy efficiency and sustainable home design continue to be popular. Energy management systems, solar panels, electric docking stations for cars, and geothermal heating/cooling heat pumps are all on the list of popular home systems, according to residential architects.”

All information is deemed reliable but not guaranteed.

4 Ways to Spruce Up a Master Bedroom

Only 2 percent of more than 1,700 home owners say they have achieved their design vision in their homes, according to a survey by the remodeling website Houzz (2014 Houzz Decorating Trends Survey). And the master bedroom is where many say they still have a lot of work to do.

Here are a few ways home owners are planning to enhance their master bedrooms:

Sometimes all it takes is new bedding to give a master bedroom a completely new look. Nearly 30 percent of remodeling home owners say they’re going to choose floral fabrics for their master bedrooms. Solid fabrics remain the most popular choice.

Create more of a serene setting by adding seating to the master bedroom, even if it’s just one upholstered chair in the corner with a throw pillow. Nearly two-thirds of remodeling home owners say they’re creating living rooms in their master bedrooms with seating (such as chairs, loveseat or chaise lounge); a fireplace; or even a mini fridge (8%).

Paint can make a big difference. Stark white walls can make a room look sophisticated and modern. But some home owners are still preferring the accent wall, in which one wall is painted a more vibrant color. About 52 percent of remodeling home owners say they plan to add an accent wall to their master bedroom. It’s a way to get a pop of color without too much commitment.